In Michelle Booker, you’ll find a designer at heart with a well trained eye that is committed to quality and detail.
Known to many as Chelle B., has received her fashion education at American Intercontinental University (AIU) with studies in Fashion Merchandising in Atlanta, GA., where she currently resides and works as a Boutique Owner, Personal Wardrobe Stylist and Costume Buyer. Michelle has built a remarkable career as a stylist with projects that include Nike, Ford, Atlanta Season2, Warner Bros. Entertainment, DC Comics, BET Boomerang2 and Int’l film Violence of Action.

She has been featured in VoyageATL as a trailblazer and Influencer, 2x in Shoutout Atlanta, and Resilient Magazine top ten edition. From judging teen pageants to personal wardrobe styling at wardrobebychelleb.com, Chelle B is one to add to your radar for style inspo.

An Ohio native and Atlanta implant, Soraya is a costumer in the film/television industry. She began her career in film working as a background actor and stand-in with the intention of networking her way into the costume department. Soraya had previous experience working as a fashion merchandiser for almost 10 years as well as an assistant to a local Atlanta stylist. She has a Bachelor’s of Science in Communication & Media Studies from Kennesaw State University.

Soraya has since worked on such projects as Coming 2 America, Disney’s Loki, Boomerang (Tv series), Spiderman: No Way Home and the upcoming sequel to Black Panther. 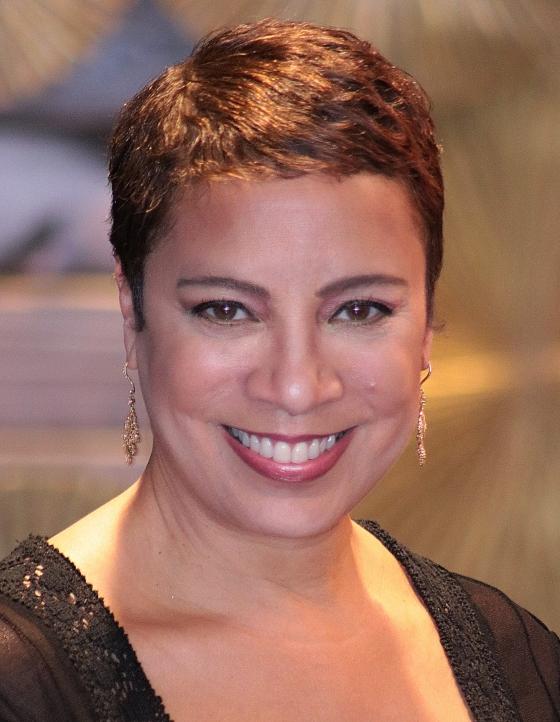 With a background steeped in high fashion and World Couture glamour, Therez Fleetwood designs exceptionally made and sharply edited apparel for women.  Her focus on feminine silhouettes, intricate construction, and that perfect detail are evidenced in her signature hand-beaded dresses and body-sculpting silhouettes.

Originally from Boston, where she got her start in fashion, Therez started designing clothes at the age of 12 and sold her first dress on the famed Newbury Street in Boston at the age of 15. This was quite an accomplishment at that age as Newbury Street was home to Giorgio Armani, Marc Jacobs, and Diane Von Furstenberg, just to name a few. Therez moved to New York to attend The Fashion Institute of Technology and where she worked as a production coordinator on 7th Avenue in the garment district. It was as a production coordinator, overseeing garment production, technical garment specifications, and quality control, that she honed her skills in garment construction, fit, and couture construction.

Therez launched her career designing Afrocentric attire under the PheZula Collection label where she sold to specialty boutiques throughout New York City, made custom designs for private clientele and designed for celebrities: EnVogue, Vanessa Williams, Angela Bassett, Queen Latifah, Yolanda Adams, Kim Fields, Sheri Headly, and Shanice. As a custom designer, she worked with clients around the world from Germany, Egypt, Italy, Tanzania, and Australia.

With her love of fashion and her desire to remain innovative as a designer, Therez partnered with visual artist Kottavei to design a unique bespoke fashion/art garment for sci-fi writer, Nnedi Okoraor, for the 2018 Emmy Awards. Therez has worked with Tyler Perry stage productions to create the signature wedding dress for the play Hell Hath No Fury Like A Woman Scorned.

Her designs have been on display in the “New York Gets Married” and “Black Style Now” exhibits at the Museum of the City and at the Fashion Institute of Technology in honor of the Black Fashion Museum. She was also a featured designer highlighted in Macy’s “Catch the Designers” which provided a ‘behind the runway’ look at the diverse designers impacting fashion today.

Her fashions appear in Fairchild Publication’s textbook entitled Survey of Historic Costume and she has been a guest on several television shows including the Today Show, Good Day New York, and a nationally syndicated television commercial for American Express entitled “Portraits”.

It was her desire to travel that brought her to several countries throughout the world.  And It t was her love of Africa, its culture and arts that prompted her to write the national bestseller The AfroCentric Bride – A Style Guide, Amber Books – ISBN# 0-9727519-1-2. She is also a featured designer in The Threads of Time, Fabric of History, which celebrates the struggles and achievements of African-American dressmakers and designers and their contributions to the world of fashion.

Therez is a recipient of the Allstate Insurance Company’s “From Whence We Came, African-American Women of Triumph” Award and she designed the only Afrocentric costumes to be worn by Mickey and Minnie Mouse at Walt Disney World in Orlando, Florida, which have now become part of their themed costume collection.

Your password reset link appears to be invalid or expired.